An Occult Translation of the Roswell Event: Count down to 2012

No UFO conversation goes very long without mention of the Roswell event. It is the pre-eminent story of extraterrestrial folklore. Paradoxically, some say that what occurred near Roswell NM in July 1947 will never be entirely known. Others, like our own government, claim it was a simple case of misidentification... no mystery. But there is a mystery...and there is good reason to believe the truth was covered up.

On July 8th 1947 the headlines of Roswell Daily Record reported:

RAAF Captures Flying Saucer On Ranch in Roswell Region. The intelligence office of the 509th Bombardment group at Roswell Army Field announced at noon today, that the field has come into possession of a flying saucer.

The next day the Roswell headlines featured a retraction by the RAAF:

An examination by the army revealed last night that mysterious objects found on a lonely New Mexico ranch was a harmless high-altitude weather balloon - not a grounded flying disk.

The contrast between these Army statements aroused suspicion immediately. How could Army "intelligence" confuse a balloon with a flying saucer? Witnesses in Roswell had actually observed the disc flying overhead. Their story was featured with the Army's "Flying saucer" announcement in the July 8th, Roswell Daily Record:

Mr. and Mrs. Dan Wilmot...were sitting on their porch at 105 South Penn. last Wednesday night at about ten o'clock when a large glowing object zoomed out of the sky from the southeast, going in a northwesterly direction at a high rate of speed...The object came into view from the southeast and disappeared over the treetops in the general vicinity of six mile hill... It was in sight less then a minute, perhaps 40 or 50 seconds. Wilmot said that it appeared to him to be about 1,500 feet high and going fast. He estimated between 400 and 500 miles per hour...In appearance it looked oval in shape like two inverted saucers, faced mouth to mouth, or like two old type washbowls placed, together in the same fashion...

In the document was a list of 12 American scientists, intelligence officials and military leaders appointed to assess the remains of an extraterrestrial craft and alien bodies recovered from Roswell NM in 1947. One year later, an anonymous tip arrived in the mail addressed to the research associate working with Shandera named Bill Moore. This tip directed Moore to a memo confirming the existence of the MJ-12 documents at the National Archives. This new information and other evidence that built a case for authenticity of the MJ-12 documents was pieced together by Moore and his associate Stanton Friedman. During the course of their research, Friedman and Moore began to realize that authentication of the MJ-12 documents would be extremely difficult. The investigators even considered the anonymous release of information could be a process of misdirection. Because the origin of the documents was unknown, no one could be sure that they hadn't originated from a disinformation faction within the government itself. The entire process may have been designed to fail. The release of conflicting or inaccurate information of UFO events by secret factions in government is a well known hazard of ufology research. This disinformation technique is used to establish government plausible deniability. But if the release of the MJ-12 documents wasn't just a convoluted process of disinformation, what other purpose could disclosure of the Roswell event serve?

The Majestic twelve documents were made public in 1987. Soon the Roswell incident became the most famous UFO incident in history. Roswell raised the possibility that intelligent extraterrestrial life could exist. The anonymous "assistance" given to the investigators of the Roswell event, or the manner in which any UFO information is dispensed by our government appears more a program of cultural conditioning than simple fact hiding. If this is true, for what purpose are we being conditioned?

"Not only were many of the founders of the United States government Masons, but they received aid from a secret and august body existing in Europe which helped them to establish this country for A PECULIAR AND PARTICULAR PURPOSE known only to the initiated few." Manly P.Hall, The Secret Teachings of All Ages, pp. XC and XCI

"There exists in the world today, and has existed for thousands of years, a body of enlightened humans united in what might be termed, an Order of the Quest. It is composed of those whose intellectual and spiritual perceptions have revealed to them that civilization has secret destiny

"European mysticism was not dead at the time the United States of America was founded. The hand of the mysteries controlled in the establishment of the new government for the signature of the mysteries may still be seen on the Great Seal of the United States of America. Careful analysis of the seal discloses a mass of occult and Masonic symbols chief among them, the so-called American eagle. ... The American eagle upon the Great Seal is but a conventionalized phoenix..." 'Manly P. Hall, The Secret Destiny of America.

Phoenix, the last word of Hall's statement of the founding of America, is key to the "secret destiny" of civilization. It explains the occult design behind the formation of the United States and the events at Roswell. These mysteries can be solved if we understand this one word.

The word "Phoenix" is derivative of the Greek name for "Phoenicians", ancient people that inhabited the East coast of the Mediterranean Sea. Though called "Phoenicians" meaning redness by the Greeks, the Phoenicians referred to themselves as Sidonians. Their capital city named after Sidon, the first born son of Canaan, son of Ham. Ham was one of the original occupants of Noahs Ark and Noahs youngest son. The Sidonians were considered masters of science and magic. They claimed to possess a civilization existing for 30,000 years. Ancient historians venerated the Sidonians:

The preeminence of the Phoenician / Sidonian knowledge in ancient civilization is a long guarded occult secret.

But more important than the scientific influence of Sidonia, the symbolic meaning of Manly Hall's Phoenix represents an age when mankind and extraterrestrials were believed to have lived on earth side by side. Phoenicia was the land of descent of the "Sons of God" described in Genesis 6. According to the history of every ancient culture in the Middle East, Phoenicia was the first place where beings from heaven came to the earth. The union of these beings with the daughters of Adam produced hybrid offspring, Nephilim (literally in Hebrew, the fallen ones). According to the pseudepigraphic book of Enoch, the book of Jubilees and many other ancient texts, the exact point of descent of the Sons of God was Mt. Hermon in Phoenicia. Through the influence of these heavenly beings and their offspring, men became gifted with knowledge surpassing any that had yet existed. But then came the flood...and symbolically the Phoenix perished. The heavenly and supernatural bird, keeper of secrets of the past and future was consumed in the fire of its own making.

In other words, the knowledge given to man from heaven was lost in a global cataclysm. According to Genesis 6, the destruction of earth by the flood was in response to the interaction of the Sons of God with the daughters of Adam.

Ancient and modern occult adepts describe the beauty of Phoenix, dazzling and brilliantly colored. It was a perfect symbol for heavenly knowledge manifested on the earth. They believed the power of the Phoenix came from heaven. Its death on earth would only be temporary. The life of the Phoenix could not be extinguished any more than the heavens or knowledge could cease to exist. The Phoenix waited to be born again out of the ashes of its demise.

The symbolic rebirth of the Phoenix did take place in the time after the flood. Nephilim that survived the cataclysm, returned to their point of origin in Phoenicia, as recorded in the Old Testament. Canaan, the son of Ham, the cursed son of Noah, once again established civilization amidst the beings that had caused the destruction of the world.

The Nephilim were more powerful and intelligent than men, but they were earth bound like men. The connection they once had to their heavenly progenitors had been cut. Together with humanity they beckoned the Sons of God to descend as they had before the flood. They built a tower reaching into the heavens. Because of this attempt, it is recorded that the world lost what was left of divine knowledge, through its dispersion throughout the earth.

Manly P. Hall refers to this history when writing of the coming world order and the rise of the Phoenix. His understanding of the Phoenix is shared by illumined fraternal orders that have preserved the scattered "sacred" knowledge of the ancients. They anticipate the rise of the Phoenix from the ashes of history. They wait for an age when knowledge will once again descend from heaven. This secret has been hidden in their symbolism and numerology throughout history.

"In Freemasonry is embedded the core or the secret heart of the occult mysteries, wrapped up on number, metaphor and symbol ..." The Reappearance of the Christ and the Masters of Wisdom, Benjamin Creme p. 87

"Numbers are a key to the ancient views of cosmogony ... spiritually as well as physically ... to the evolution of the present human race; all systems of religious mysticism are based upon numerals. The sacredness of numbers ..." The Occult Power of Numbers, W. Wynn Westcott , p. 15

...in Spiritual Numerology, '33' symbolizes the highest spiritual conscious attainable by the human being." The Secret of the Illuminati, Elizabeth van Buren, p. 161-2

33 and 3 are all featured prominently in occult doctrine. The great significance of the number 33 cannot be fully understood unless it is combined with the most important science of Free Masonry, navigation. The compass and square, the most visible symbols of Masonry are also the basic tools of navigation and map making. 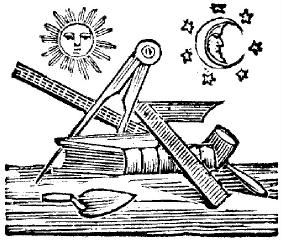 Calculation of speed and location under the heavens is considered to be the highest form of sacred knowledge from antiquity. Navigation unites time with space and the heavens with the earth. The number "3" is essential to this process. Without the geometry of the 3 sided triangle, establishing location and distance on a map or "triangulation" is impossible. Navigation not only predicts the destination of a traveler on the earth but also the time the traveler will arrive. The most powerful secret held by the occult elite is related to this concept taken to a higher level.

Part 2: AN OCCULT TRANSLATION OF THE ROSWELL EVENT: COUNT DOWN TO 2012